A beautiful naked man on the couch, all spent.

At 15, he explores his early manhood. He touches her excitement with his curiosity. His breath raising her hair stand. The ride moaning ecstasy reaches no climax.

Dev’s greed to quench the heat of his desires, finds solace in the arms of a man.

10 years now. He’s been a lover of a man. A desire of many. Women wished he slept with them as a husband. Men lured for a secret relationship. His charm filled a ‘to-be-with’, ‘to-be-seen-with’ attitude in the people he met. A disciple of God, believer of humanity – the religion, fathered pets, friend of old, child of nature, one in universe is Dev.

Unaware if bonding with men was natural, the way he felt, or if it was his craving for love, he flowed in the stream, only to meet his fate.

Destiny played the game of dice called Love. Every morning his heart shines at the radiance of his beloved. The vibrant voice elevates the energy to do the new. The thoughts of togetherness dissolving in air of joy. Every tune musing the completeness of each other.

The beauty of Lotus is engulfed within by the petals. Away from the evil in the society, Dev wanted to protect him, hold him for himself. Little did he know, his possessiveness could be suffocating.

When one thread gets pulled out of a blanket, it ceases to provide warmth, becomes ugly. Dev believed, whenever there would be a disagreement between the two, he would cover up with a silver threading, he would do anything that would keep both happy together forever.
One after the other strands leapt out. Dev was unstoppable. He didn’t cease to try.

He believed in immortality of love. For him obstacles were harness holding him high hoping he would win back that joy. Sorrow would hide under every effort invested to unearth joy. Glimpses of oneness imbibed more hope in him to do more, more hope, more efforts.

Hope, the slut, came to him everytime he wanted her and in return, she took away his priceless possession, his love of life.

Thus, he lay naked on a couch, all spent. 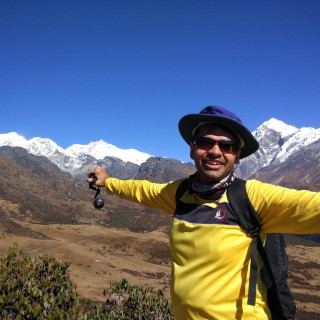